Been awhile since an update but I have been slowly progressing My Khador army for both Cancon and the BBBB. I have had a bit of success with Sorscha of late wining 8 of my last 10 games. Its a one hit wonder but so far the caster snipe is working for me.

Along with my new found respect for Sorscha is a growing respect for the resiliance of the MOW's so I went out and bought Drahken and added him to my army as well. I now have enough bits to field all 3 types of MOW units as well as 2 solos.

Anyway I decide to go to Cancon next year.

Cancon is a game convention runs in Australia’s capital City “Canberra” organised by the Canberra Games Society, it’s been around for ever!

I usually go to Dogcon in Sydney (Well Ive been twice) but the last couple of years the numbers have been down and Cancon is currently the premier event. It runs Friday 27th – Sunday 29th - This is the Australia Day weekend.

There are two events during the weekend for Warmachine/Hordes


Not sure about the points for this as I thought it was 3 points for 4 mechs but seems I get 6 for 3 points online.
So I have alot of minis to paint still.

Base colors for the Man O war unit. I was originally going to magnetise the weapons but now I can field all 3 types. 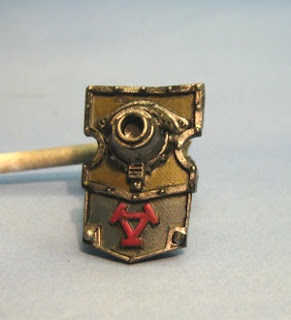 Wips of the shield. The colors dont really show up well with this camera. Maybe I need a better light source. 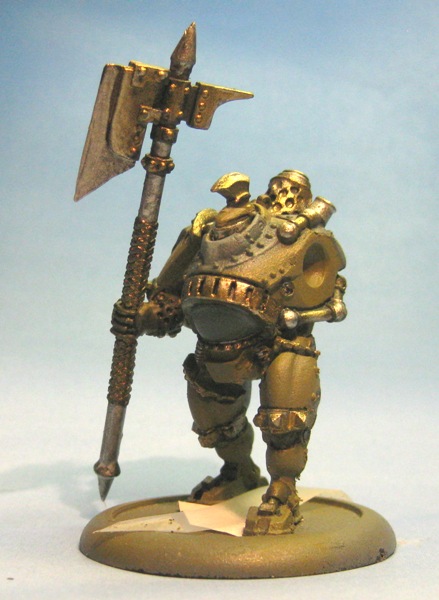 ﻿This is the unmounted Drahkun. Picture is bad but the base color is Khaki and grey. 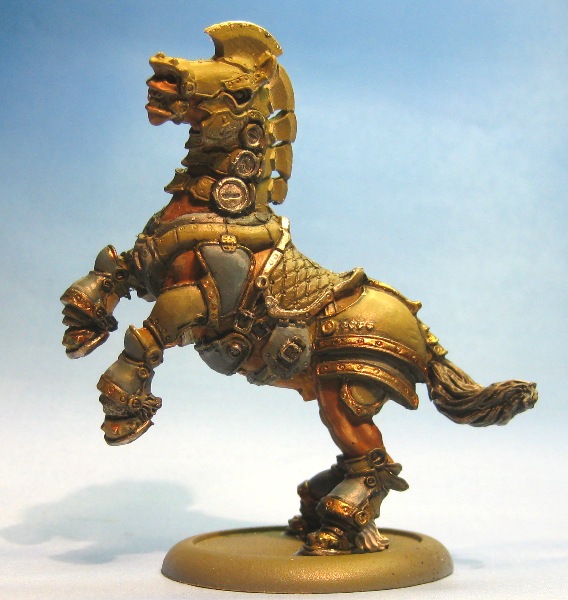 This is Drahkuns horse. Still have the head to go and also put him on the bigger base. I havent really decided on basing yet but it will be some sort of urbin base job.


Hopefully more to come this weeks
Posted by ogrebane at 19:28