As I said in the previous post I will be doing 4 GoMo mobs. The Grots (Green) Morkas (Yellow) Gorkas(Red and with bikes) and Diggas (Blue) If I do a fifth team it will be muties and they will be orange I guess.

So here are the few guys Ive started.


The Nob. Grotbasha the 2nd (The first one died damn low roll on the recovery chart) 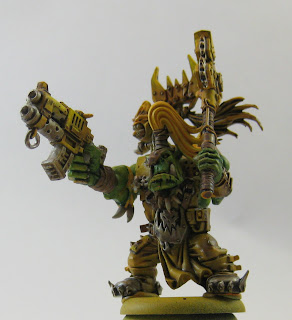 Next up a couple of Spannas and a boy 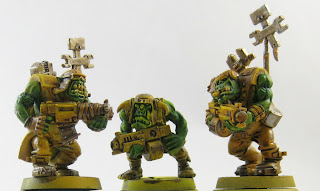 Ive had a few boy get arm replacements. rather than modelling them permanently I decided to magnatise them so they can also be used as normal boys in later games. 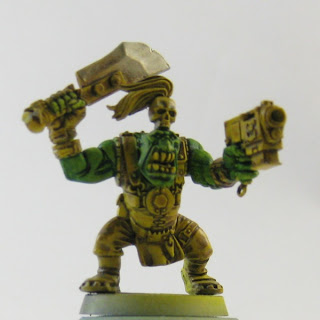 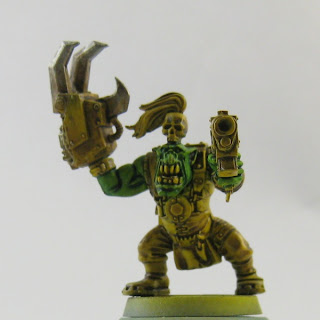 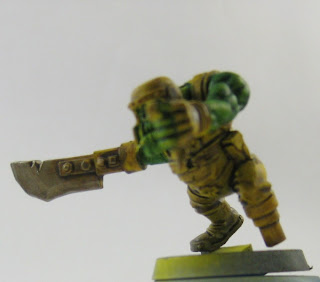 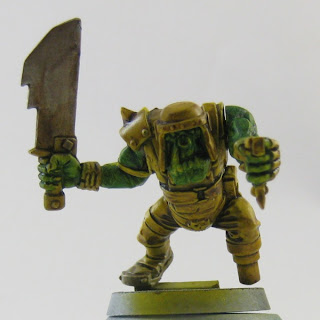 I will do a range of mods as I also have a yoof with a shoota arm.

I hope to have these guys finished in a few days.