So this was origanilly going to be my trukk and I had converted a Kopta to be a trakk. But after a bit of research I realised that most people were under a misunderstanding like myself that a trak was a small vehicle that had room only for a gunner. In the rulez it states that a trak weighs more than a trukk and therefore can only move 5 inches when thrusting. The only way this would make sense is if the trakk was the size of a trukk but with catapillar treads instead of wheeels hence the weigh increase.

If they ever do a second edition I hope this gets cleared up. So anyway here is a WIP of the track. It needs the front end finished and the gunners location fixed and maybe a few extra bits like fuel tanks then the jobs a guddin.


Im not a mechanic and dont know mych about engines but hopefully this one will look the goods.
Needs some pipes coming out of it tho.﻿ 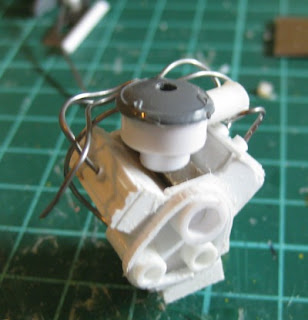 The engine in the trakk. Definitely needs pipes. 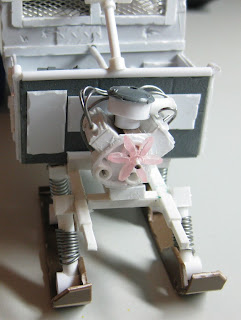 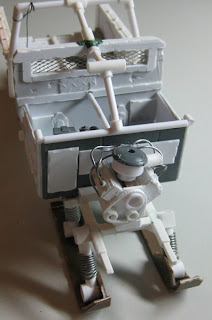 I will have full roll cages everywhere I just ran out of tubing. More on order from ebay 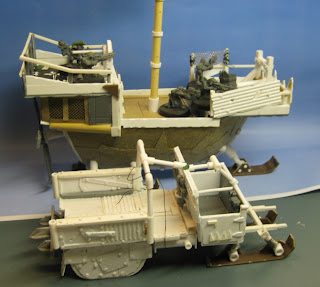 A comparison shot of the Trakk and Big Lugga. As you can see the Lugga got away from me.
The trak is actually about an inch longer in the tray than the GW trukk.

So this will do for a few days. Hopefully after the weekend I will have Paint on them and they will be finished so I can do up a few more bikes and work on a couple of smaller buggies.